People often associate asbestos as a modern invention, the truth of asbestos history is far, far more ancient. Asbestos is a natural mineral fibre and is located all over the world on every continent. In this article, we explore asbestos history throughout the ages.

It is believed that the first recorded use of asbestos is 7500 years ago, with it being used in stone age torches. The Egyptians are documented using it for woven cloth, used to bury the dead in 2000-3000BC. In 2500BC it was being used in Finland, found added to clay to form stronger fire-resistant pots.

The Romans and the Greeks are also known to have used Asbestos and even documented its devastating effects on the health of the miners, with the Greeks calling the effects “sickness of the lungs”. One Roman writer recording it as the “disease of slaves” after the deaths of the slaves used to mine the asbestos in Roman times.

In the Middle Ages, asbestos was used in all sorts of things from table cloths to trebuchets. This made the wooden catapult fireproof as they fired flaming projectiles of the walls. Asbestos was even used as fireproof clothing as favoured by Genghis Khan and his Mongolian warriors. Marco Polo, the famous Italian explorer once visited an asbestos mine in China to prove to himself that the fibres were not the hairs from a fabled woolly lizard!!! 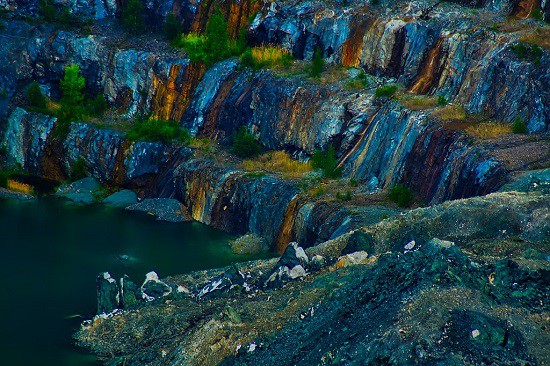 Many former asbestos mines have now been abandoned around the world

The modern-day use of asbestos started with the industrial revolution, again because of its almost magical fireproofing and insulation qualities. In the early days, asbestos was mined by hand, but as demand grew for the products there was an introduction of mechanised steam-driven machines. Women and children were employed in the processing of the fibres, by chipping them from the rocks!

As the industrial revolution boomed, so did the demand for the “magic mineral”. Asbestos mines were opened across the world in response to industrial demand for a low cost, fire retardant material, which also had strong insulation, chemical resistant and added strength qualities.

From industrial piping to clothing such as Fire Officer’s uniforms and home insulation the demand for asbestos surged from the 1830s onwards.

Sharp increases in production were seen each decade from the 1940s through to 1980, since when there has been a gradual decline. World production peaked in around 1977 at near 5 million tonnes. Even with health risks associated with asbestos being widely known there were still around 1.2 million tons of asbestos being mined in 2020. 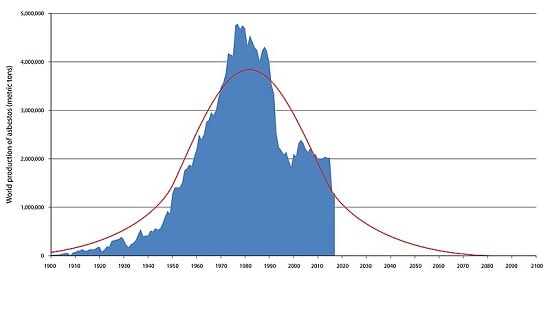 Asbestos history. A graph showing asbestos worldwide production from 1900 including projections to 2100

Asbestos is also banned in many countries around the world. Interestingly  though, two of the world’s largest and most modern countries, The USA and Russia both still use asbestos. Russia still mines over a million tonnes of the stuff every year!

In a thought-provoking article published on Future Timeline, they predict that asbestos mining will not cease worldwide until 2079. If this is true, this means that there are still nearly 60 years of asbestos mining left to go.

Asbestos History – Bans on the Use of Asbestos

Although, the risks associated with asbestos use had been known for many decades (particularly since the 1970s). It was not until 1999 that the use of asbestos was banned in the UK.

On the 24th of August 1999, The Asbestos (Prohibitions) (Amendment) Regulations 1999 were introduced. This legislation banned the sale, lease, hire, hire-purchase, loan, gift, or exchange of asbestos and also its importation into the UK.

The EU banned five of the six types of asbestos in 1991. In the case of Chrysotile (white asbestos), there was a partial ban with use being banned in fourteen product categories, allowing time for innovation to arise to replace the product.

On July 27th, 1999, the EU announced a full ban on asbestos (including white asbestos) with the ban being in force by 1st January 2005 at the absolute latest.

An interesting article chronicling a history of asbestos-related bans worldwide can be read by clicking this link. 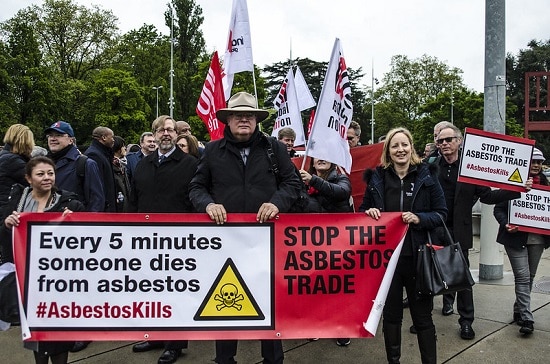 We hope you have enjoyed our article about asbestos history.  If you suspect you have asbestos in your home or office, then contact Safeline Environmental who can survey, advise and if required remove your asbestos contamination.