There are many asbestos types currently hidden in buildings and products throughout the UK. Here at Safeline Environmental, we have worked with a massive variety of types of asbestos, this is the topic of our latest article.

Common asbestos types in the UK

Asbestos is not one material per se, the term Asbestos is coined for a group of materials all derived from silicate material with naturally occurring long fibres. These fibres have several properties which made them desirable as a building material in the 1950s, the main ones being their resistance to heat, fire, and environmental degradation, which make them the perfect building material, but the double edge of the sword of those properties is their inherent danger to health.

Asbestos was banned as a building material finally in the United Kingdom in 1999, with a partial or initial ban being introduced in 1985. 1950 to 1999 is a huge span of time when a massive amount of rebuilding and construction took place in the UK. This span of asbestos use has left a huge legacy of unmapped and unquantified toxic material in the public domain, which is not envisioned to be removed in the next 50 years.

At Safeline, we are looking to make sure that the public is aware of the potential dangers of all types of Asbestos, and with this, in mind, we have listed the groups of the materials used that make up the asbestos group. 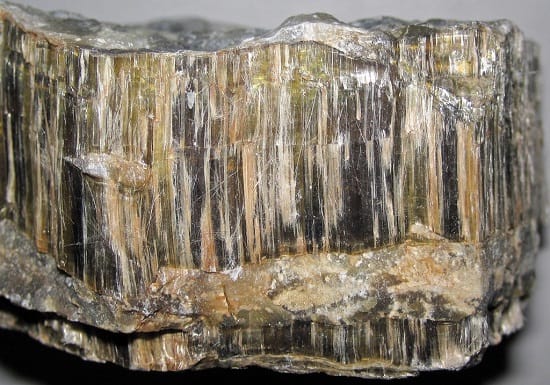 A chrysotile rock formation, serpentine asbestos is harvested from this 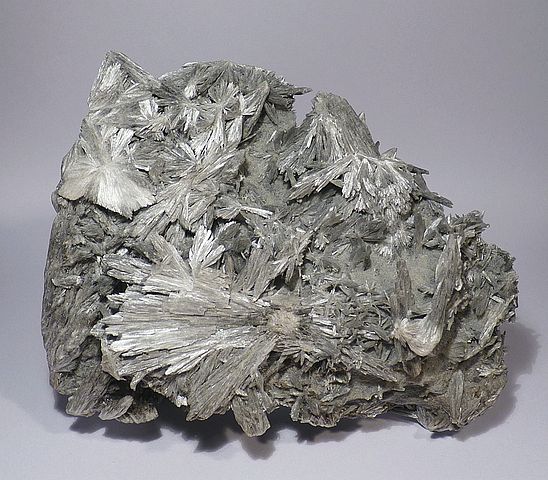 Rules when working with asbestos

The general rule to spot these forms of asbestos is to look for colour and texture. DO NOT REMOVE ANY SUSPECTED ASBESTOS MATERIAL YOURSELF! If you suspect that your property contains asbestos (if built between 1945 to 1999 it will do) then call Safeline for a second opinion and a range of removal options.

For advice about asbestos types and our range of asbestos, services contact Safeline Environmental. We work UK-wide and have massive experience in managing all types of asbestos, contact us in the following ways: